IT PAYS TO GET THINGS RIGHT ON THE GROUND

Designing signs for high-rise applications and attaching them to buildings is not a typical capability of the average sign company. Holiday Signs recently provided the branding signage for the MeadWestvaco (MWV) Corporate Headquarters building in Richmond, Virginia. The building’s striking design above the James River is signed with the corporate brand making the MWV building a noticeable and visually attractive addition to the downtown. 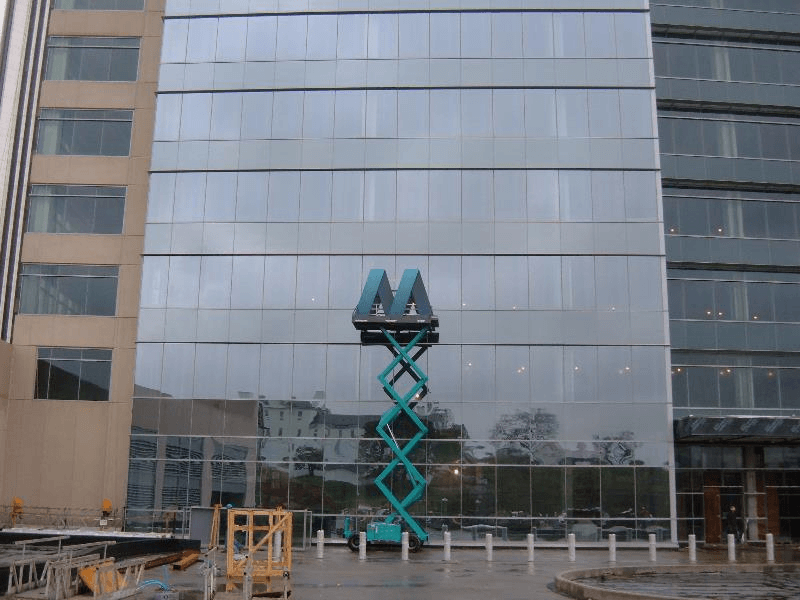 There are three important benefits of using sign prototypes for high-rise applications:

Because of our experience with high-rise and other technically challenging projects, we know it’s best to get it right on the ground and get a strong sense its going in the right direction with signage prototypes before committing to build the whole thing. 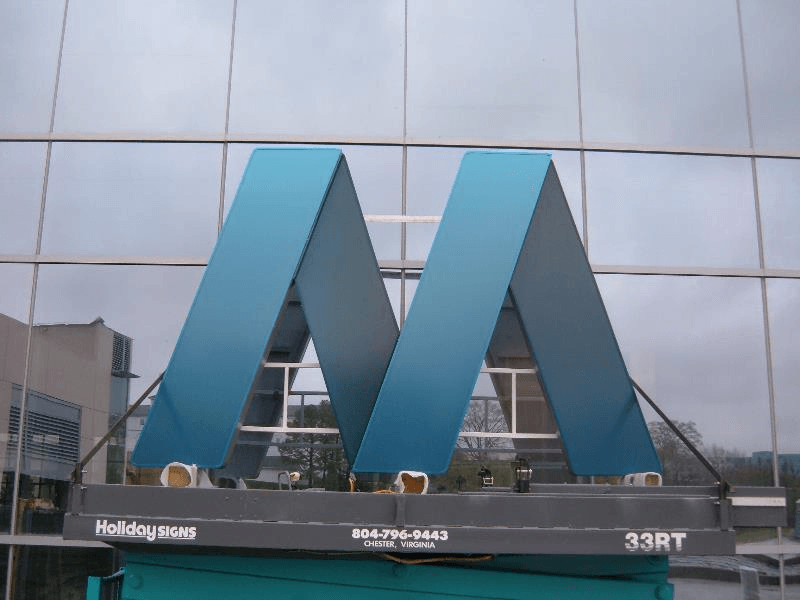 The MWV corporate philosophy embraces sustainability as part of their ethical business strategy and proactively partners with vendors driven by the same commitment. MWV consciously took steps in reducing its carbon footprint by purchasing locally, and by using LED lighting for illumination. But perhaps the biggest sustainability aspect here was the agreement to utilize prototypes in the manufacturing cycle saving more than 50% in material, labor and fuel costs of working in high-rise conditions.

The MWV logo was designed by an independent design firm. The first prototype was made based on the original design specifications. After critically viewing the first version of the illuminated corporate logo from the ground, a team of senior executives immediately wanted it taken down and redesigned. Both the lighting and framework were redesigned and a second prototype was prepared. Before this could be approved for production, a third prototype was ordered because MWV re-designed their logo.

Prototypes saved valuable resources and helped make sure installation and future service costs were kept to a minimum. In this case, the design of channel letters for mounting on very expensive glass panels was coordinated with the architect and engineer to make sure the attached logos did not over-stress the glass or building structure. Without the use of prototypes, the customer would have incurred significant costs for the design, manufacture, installation and removal of the logos.

The completed corporate image was a big success! It fits the building and surrounding environment while making a lasting impression on the MeadWestvaco brand in Richmond!

If you liked this article here are some of equal interest:

We Are Here To Help