How to Restore Old Theater Marquees?

How Signage Restores the Glamour of Virginia’s Downtowns 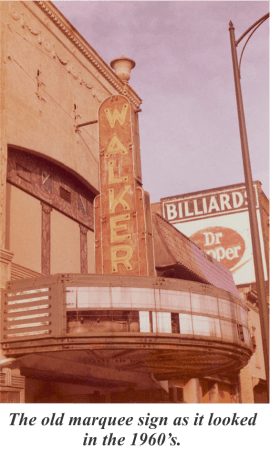 Historic marquee sign restoration at theaters is one of the few remaining applications for neon lighting and signs, which is gradually being replaced by greener LED lighting technology. “This could be the last big neon job we’ll do,” said Bob Morin, owner of Holiday Signs of Chester, Virginia. Bob was referring to his project for the Virginia Repertory Theater, located in downtown Richmond.

The Virginia Repertory Theater got its start in 1911 as the November Theater and passed through many hands on the way to its current ownership. It was shut down during the decline of American downtowns which left many areas of Richmond abandoned and empty. Several community theaters in town were underfunded and this project was the result of consolidation of a few of them. Holiday Signs worked with Kjellstrom & Lee and Commonwealth Architects on the job. Competitive pricing and experience with historically-true renovations were the main reasons why Holiday Signs was awarded the contract.

The biggest challenge of the project involved accurately restoring the theater’s signage to its original glory. The theater was still using the old, dilapidated marquee. It was rusted and falling apart. Part of the requirements of receiving HUD funding for renovations was that restorations had to be historically accurate. The general contractor had stripped the old skin down to the bare structure and getting a good fit for the radius surface of the marquee was difficult. The building’s framing was hand built back in the days when lumber sizes varied from board to board. There were many inconsistencies and over the course of a century, many things were out of line. “It’s hard to build a sign of that size with a radius working in modern conditions, but even harder as a renovation,” explained Wade Gentry, production manager at Holiday Signs.

Another challenge was related to the urban setting of the theater. Sight lines and viewing considerations for downtown signage 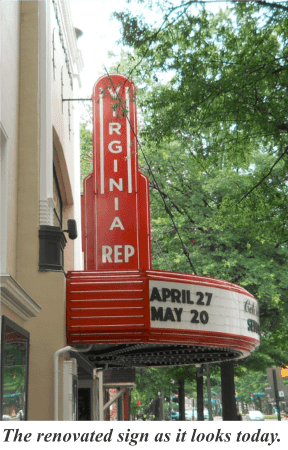 projects differ from projects in other areas where there is much more room and distance around the sign to the viewer. Because urban signs are in closer quarters, there has to be more attention to detail. The marquee and sign above was only part of the entire project. In addition to the marquee, there was also a large flag-mounted sign, signs for the neighboring theater space and donor recognition signage.

Lighting involved with the sign renovation was extensive. The curved surface reader-board originally had skeleton neon tubing all around it which was brought back to life in the restoration process. The lighting under the canopy of the marquee had 500′ of light bulbs and the new entrance way to the theater has been described as both “quaint” and “cool” at the same time. Phil Whiteway, the theater’s managing director, loves the sign. “It lights up West Broad Street like a beacon of vitality,” he said. “We’re really happy with the outcome of the whole project! The name change was very important to us and the sign was laudable and a very important element of our re-branding and historic renovation.” 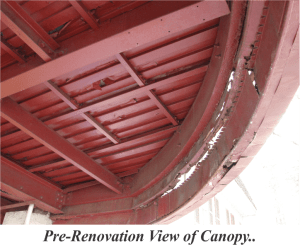 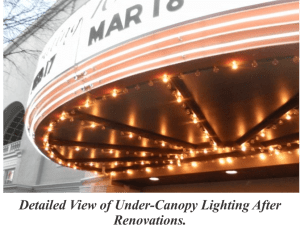 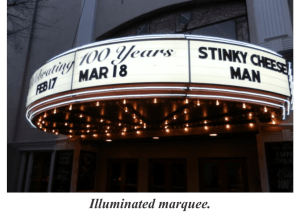 From the Mosque to the Landmark to the Altria Theater… 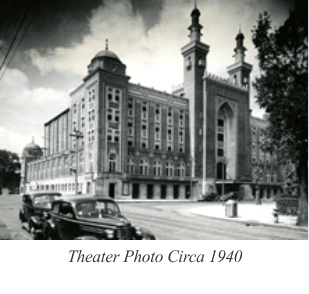 On February 21, 2014, the historic “Landmark Theater” got its new “Altria Theater” name in lights in a theater marquee upgrade. For more than 85 years this iconic performing arts building in Richmond, Virginia has hosted musical performances from Elvis Presley to The Lion King.

Utilizing a generous $10 million gift from the Altria Group, the parent company of Philip Morris, Holiday Signs designed, fabricated and installed a new 30 feet wide, 3.5 feet tall and 18 feet deep marquee which includes a full-color digital display and LED chaser bulbs.  Richmond’s mayor, Dwight Jones said this is a historic day for Richmond and lovers of the arts and culture. He said, “This will be an important anchor for the Richmond Arts District.”

“The choices were to go back with the old style manual display or go digital,” said architect, Bruce Herrmann of Wilson Butler Architects of Boston. “We are thrilled to have chosen digital.” he explained. 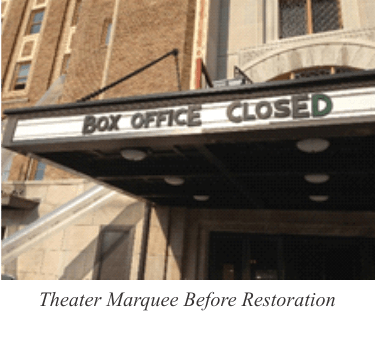 Utilizing Altria’s corporate logo as their palette, Holiday Signs was able to custom match to their multi-colored logo and incorporate it into the diamond patterned decorative band wrapping the entire structure.  The canopy was custom fabricated and painted to match the historic ornamentation of the period.

“The most challenging aspect of the project was handling all the details with respect to warming up to what both the donors and the architect wanted,” commented Colin Robinson, Senior Project Manager with Gilbane Building Company, the project’s General Contractor.

“This was a design-assist project with things completely changing up to a week before final sign fabrication. Holiday Signs did an excellent job in rolling with the punches and provided everything as needed,” Robinson said. 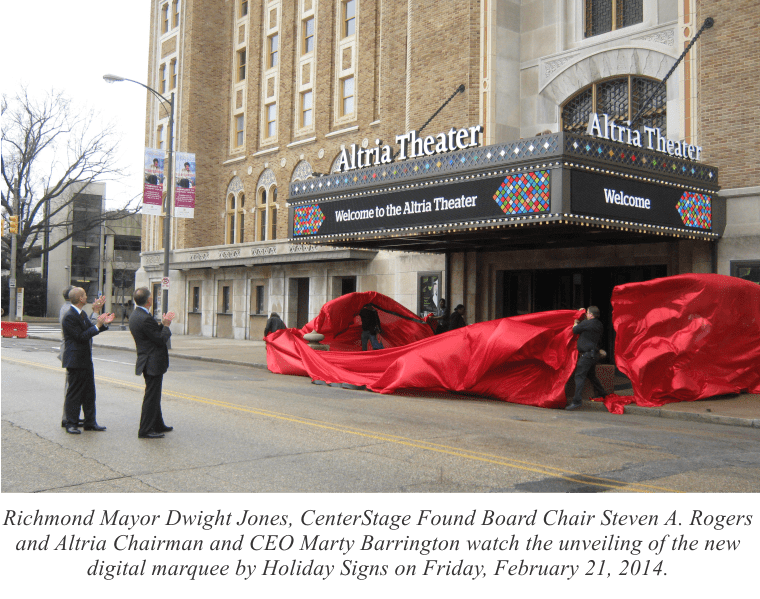 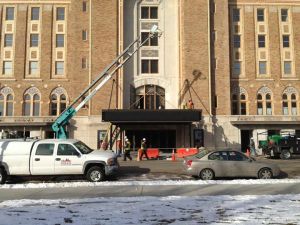 Custom sign fabrication takes a great deal of expertise, especially when tasked with fabricating and installing signage that must accurately represent a particular period. Performing arts venues are now embracing the need for timely message updates.  Electronic Message Centers provide venues with the ability to easily update their coming attractions. As experts in this field, Holiday Signs understands the needs of our clients as we are able to balance stakeholder concepts with architectural aesthetics, historic accuracy and district code limitations. 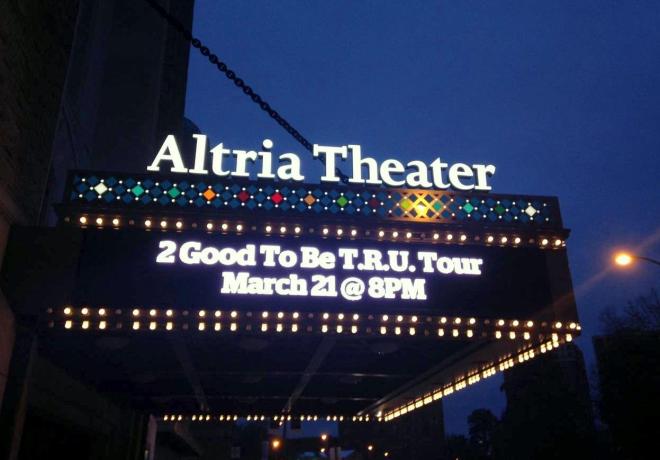 How to Rebrand a Shopping Center?